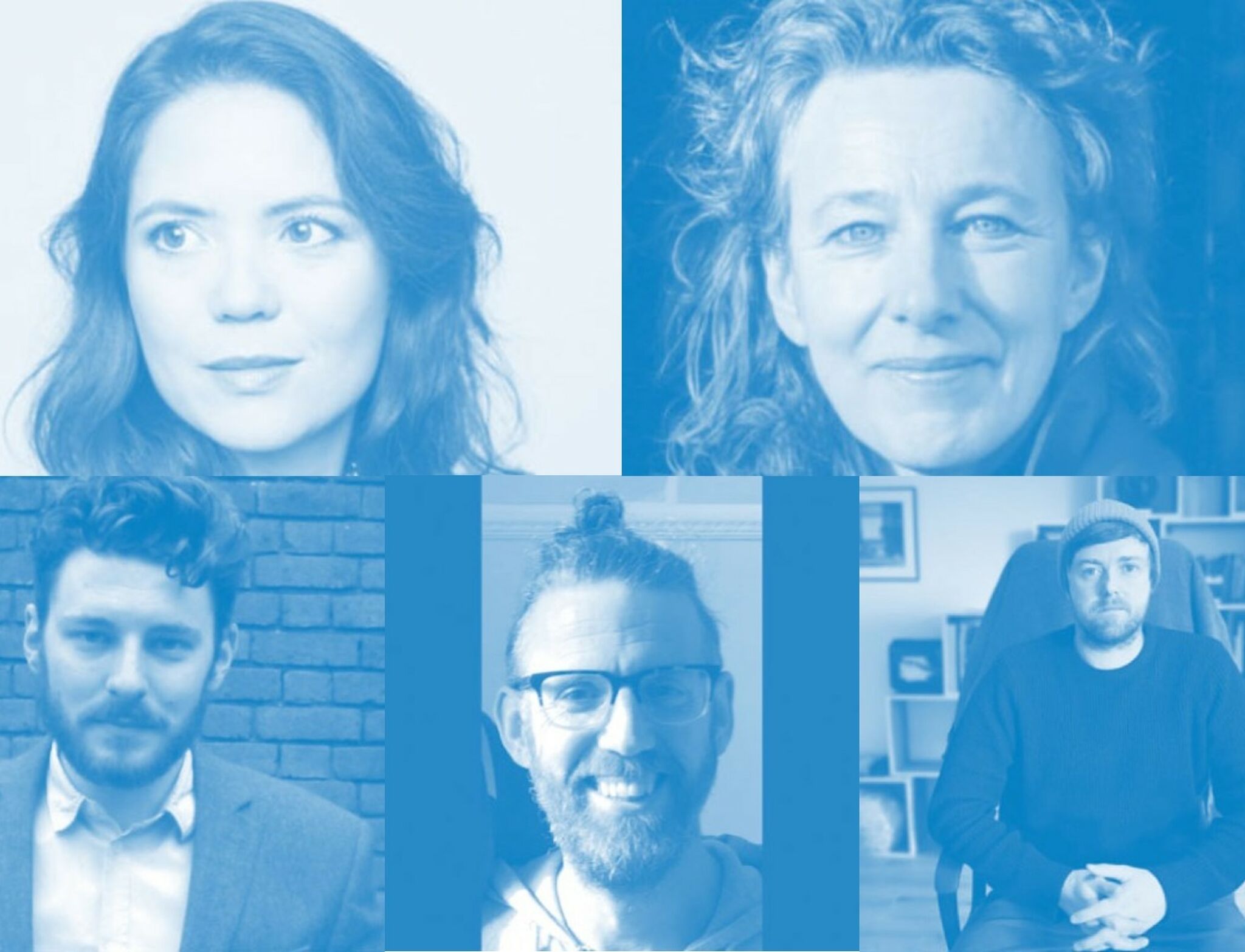 The BFI is supporting five talented UK producers to take part in the 2020 on-line Producers Network – the UK day will be Friday 26 June. The UK contingent will sit (digitally) alongside producers from the other featured nations – Chile, Uruguay, Latvia and Ukraine.

The Producers Network is the go-to place for producers seeking to make the most of Cannes. Launched 15 years ago, the Producers’ Network usually welcomes more than 500 producers from all around the globe, for a series of meeting and unique events in Cannes specifically designed to create opportunities to build peer networks and get international co-pro projects off the ground. In 2020 the event will take place on-line for the first time.

KATE BYERS
EARLY DAY FILMS
Fresh from success with their debut feature film Bait, winning BIFA Breakthrough Producer and BAFTA 2020 for outstanding debut, Kate and her partner Linn Waite are current recipients of a BFI Vision Award. Building the profile of Early Day Films with an exciting slate, they work with a breadth of talent from experimental filmmakers (Mark Jenkin/Alex Reuben) to established writers and directors including Jodhi May and BAFTA Nominated Simon Curtis. Focused on bringing their grass roots knowledge of small teams and love for developing original story to content they aim to have a flexible response to independent filmmaking as the world emerges from lockdown.

SAMM HAILLAY
KIRLIAN
Samm Haillay has eight feature credits, four fictions and four documentaries, to his name. These include co-productions with Sweden, Germany and Australia and all have had red carpet premieres (Cannes, Venice, Toronto Sundance etc). His most recent film Island Of The Hungry Ghosts won the top documentary prize in Tribeca and was nominated for the Film Independent Spirit Award. He is a member of BAFTA, EAVE and ACE. A group leader and/or mentor for Venice College Cinema, Feature Expanded, Rotterdam Lab and Locarno Open Doors amongst others Samm sat on the Short Film Jury in Berlin 2010 to award the Golden Bear. He is also a film academic actively researching story structure and component function within story superstructure within film and TV and developing industrial consultancy uses for such research.

OLIVER KASSMANESCAPE PLAN FILMS
Escape Plan is a genre focussed production company, founded by producer Oliver Kassman. The company’s first film was Rose Glass’s debut Saint Maud, starring Morfydd Clark and Jennifer Ehle. Funded by Film4 and the BFI, it premiered at TIFF 2019 to rave reviews and sold-out worldwide to A24, Studio Canal, Diaphana and Sony. Previously, Oliver was Head of Production and Development for eminent producer Michael Kuhn’s Qwerty Films. There he scouted and developed many of the company’s projects, including Stephen Frears’ Florence Foster Jenkins, starring Meryl Streep and Hugh Grant, on which he worked as Associate Producer. Oliver was named as one of BAFTA’s ‘Breakthrough Brits’ in 2019, and Escape Plan was a 2020 recipient of BFI Vision Award.

BRIAN J. FALCONER
OUT OF ORBIT
Brian J. Falconer’s feature, Ordinary Love had its world premiere at TIFF 2019. Starring Academy Award® nominees Lesley Manville and Liam Neeson, it was released by Universal Pictures/Focus Features and Bleecker Street Media. Financing was provided by the BFI, Northern Ireland Screen and Head Gear Films with Bankside Films and CAA handling sales. In 2018 Brian made his feature debut with the multi award winning The Dig, directed by the Tohill brothers (Texas Chainsaw Massacre Reboot). The film won Best Film at the Galway Film Fleadh and made its North American premiere at the TIFF 2018. Previous productions include the 2015 Academy Award® nominated, BAFTA Award-winning Boogaloo and Graham and the 2016 Royal Television Society Award winning #WeAreYou.

With Screen International recognising Brian as one of their 2018 ‘The Brit 50: UK film producers on the rise’, he is currently developing a diverse film and TV slate, including: Breathing - writer Owen McCafferty (Ordinary Love); Mr. Eurovision - writers Colin Carberry and Glenn Patterson (Good Vibrations); and Harvesting - writer Lisa Harding, based on her 2017 novel of the same name and which will be directed by Michael Lennox (Derry Girls).

SARAH BROCKLEHURST
SARAH BROCKLEHURT PRODUCTIONS
Sarah Brocklehurst started her career in the theatre industry, before producing her first feature Black Pond (directed by Will Sharpe and Tom Kingsley) which was nominated for the BAFTA for Outstanding Début. Most recently, Sarah produced the BIFA-winning Animals (directed by Sophie Hyde, written by Emma Jane Unsworth), which premiered at the 2019 Sundance Film Festival. Sarah has been named a Screen Star of Tomorrow and a BAFTA Breakthrough Brit. Sarah Brocklehurst Productions is the recipient of a BFI Vision Award and was selected as one of the UK’s top emerging production companies in Screen Daily’s Brit 50 list.