WE ARE UK FILM brings together the UK's national and regional film agencies, producers and sales companies under one umbrella to provide clear information about our outstanding locations, services, films and talent. We stand together to represent the UK Film Industry and enable connections with both national and international partners. 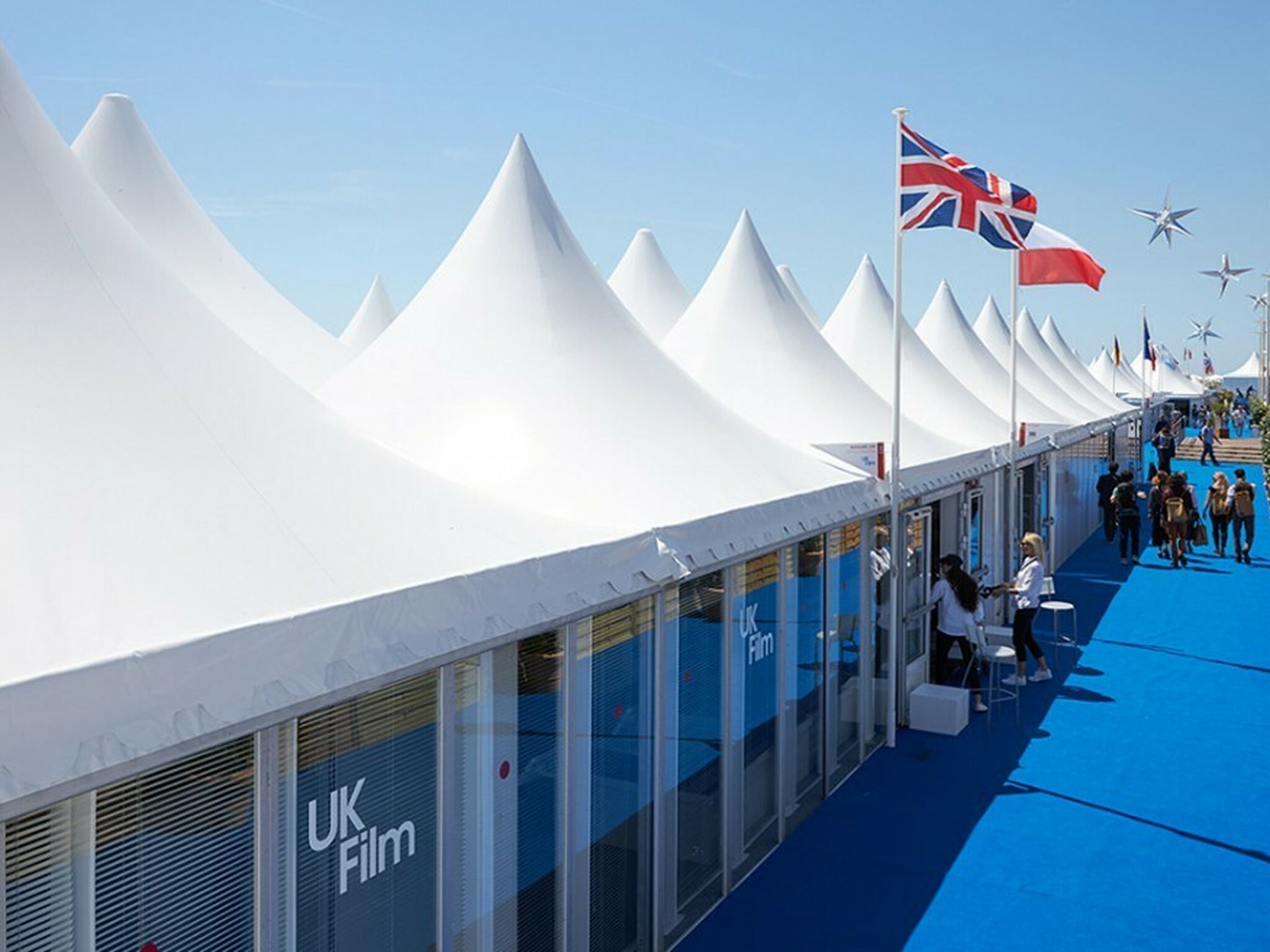 Our mission is to:
• Support creativity and actively seek out the next generation of UK storytellers
• Grow and care for the BFI National Archive, the world’s largest film and television archive
• Offer the widest range of UK and international moving image culture through our programmes and festivals - delivered online and in venue
• Use our knowledge to educate and deepen public appreciation and understanding
• Work with Government and industry to ensure the continued growth of the UK’s screen industries

Our funding and support for UK film globally includes the BFI Film Export Fund to help British films make sales internationally when they are selected for eligible international film festivals; supporting UK-focused activities at important international festivals, markets and through other platforms or events; and this year we have launched a new £7m the UK Global Screen Fund with the Department for Digital, Culture, Media & Sport, to boost international development and distribution opportunities for the UK’s independent screen sector and encourage collaboration with international partners. Read more here

Founded in 1933, the BFI is a registered charity governed by Royal Charter. The BFI is the distributor of National Lottery funds for film. The BFI Board of Governors is chaired by Tim Richards.

Each year, British Council compiles a series of downloadable catalogues - updated throughout the course of the year - detailing the latest UK produced and co-produced films. Current catalogues highlight feature films, shorts, animated films and documentaries, and include details of completed films currently on the international festival circuit as well as a selection of films at the final stages of post production.

Each catalogue also offers unique insights from leading industry experts and is a vital tool for film programmers looking for an overview of notable UK releases.

The UK Shorts Portal is an exclusive online screening platform powered by Cinando, showcasing the best new short films from across the UK. Designed to give a snapshot of the UK shorts landscape for festival programmers, buyers, agents or distributors, it is programmed by the British Council, in partnership with BFI NETWORK, NFTS, London Film School, Film4 and more.

To access the portal, you must be a short film professional such as a festival programmer, buyer, agent or distributor. Request access to the UK Shorts Portal

The UK films database - a continuously expanding collection of over 10,000 features, shorts, documentaries and animation, maintained by the British Council, is a record of all UK produced and co-produced films completed since 1998.

Our International Festival Database is an extensive list of international film festivals - a searchable, user-generated database with information on thousands of festivals in over 80 countries which is an invaluable resource for filmmakers looking to get their work seen by international audiences.

The BFC is the national division of Film London.

At Creative England, we believe that talent is everywhere, but opportunity is not. That’s why we build programmes that create opportunities for talent to access the best support and reach the next stage in their creative entrepreneurial journey.

Creative England is working to build the right environment for the future of the creative industries by helping creative businesses raise their ambition, create jobs, grow turnover and build the confidence and networks they need to be truly innovative. We invest, connect, mentor, advocate and collaborate at all levels of the industry, from individuals and small independents to large internationals, creating the right conditions for success. Creative England, with its sister company the Creative Industries Federation, is part of the non-profit group, Creative UK.

We are an international economic department, responsible for:

Ffilm Cymru Wales is the development agency for Welsh film. We are dedicated to advancing and sustaining a strong film industry for Wales; one that we can all be proud to call our own. We do this by providing funding and training to emerging and established Welsh filmmakers, offering exciting cinematic experiences to audiences across Wales, engaging people of all ages and abilities in creative learning, and developing new skills and career paths for people through a range of training programmes.

Film London is the capital's screen industries agency. We connect ideas, talent and finance to develop a pioneering creative culture in the city that delivers success in film, television, animation, games and beyond. We work to sustain, promote and develop London as a global content production hub, support the development of the city's new and emerging filmmaking talent and invest in a diverse and rich film culture. Funded by the Mayor of London and the National Lottery through the BFI, we also receive support from Arts Council England, ScreenSkills and the National Lottery Heritage Lottery Fund.

The association performs a wide range of functions to support and sustain the export of British independent films from UK companies. From operating umbrella stands at key international film festivals and markets to lobbying government on UK film policy, Film Export UK positions itself at the forefront of the international film industry ensuring that its members’ interests are represented at the highest level and striving for the value of their contribution to the UK, both culturally and economically, to be recognised.

The GREAT Britain and Northern Ireland campaign showcases the best of what the UK has to offer to inspire the world and encourage people to visit, do business, invest and study in the UK. It is the Government’s most ambitious international promotional campaign ever, uniting the efforts of the public and private sector to generate jobs and growth for the UK.

The UK has a huge amount to offer, with world-class universities, ground-breaking research, high-tech start-ups and innovative entrepreneurs. We are global leaders in the creative industries, from music to fashion and design to film. We can offer visitors unforgettable experiences, breathtaking landscapes and iconic attractions.

The GREAT Campaign captures all this and much more; the best of all that is familiar about the UK, but also what is new and surprising about this country. Our aim is to encourage people around the world to think and feel differently about modern Britain.

Northern Ireland Screen is the government-backed lead agency in Northern Ireland for the film, television and digital content industry, driving global growth through boosting our economy, celebrating our culture and enhancing our children’s education.

In pursuit of its mission, to accelerate the development of a dynamic and sustainable screen industry and culture in Northern Ireland, Northern Ireland Screen offers focused intervention in the following areas:

• Production and development funding for film, television and digital content;
• A free information service and production support for filming in Northern Ireland, including locations FAM trips for incoming productions; help with sourcing crews and facilities; studio facilities Belfast Harbour Studios, Titanic Studios and Loop Studios
• Marketing Northern Ireland as a worldwide production location and promoting its product and talent
• Financial assistance for training and skills development.
• Investment in film education, heritage and archive, film festivals and cultural cinema
• The economic, cultural and educational value of the screen industry and screen culture is beginning to shine through across the wide range of activities which Northern Ireland Screen supports and encourages.

Screen Scotland is the dedicated partnership for screen in Scotland, delivering enhanced support for all aspects of Scotland’s screen sector.

We are leading the growth of the sector through increased funding and support for film and television production, an increase in specialist staff and further investment in skills, festivals, audiences and education.

Screen Scotland sits within Creative Scotland and is a partnership with Scottish Enterprise, Highlands and Islands Enterprise, Skills Development Scotland, Scottish Funding Council, with funding from Scottish Government and the National Lottery.

ScreenSkills is the industry-led skills body for the screen industries - film, television (including children's, unscripted and high-end), VFX, animation and games.
We are supporting economic recovery and future innovation and growth across the whole of the UK by investing in the skilled and inclusive workforce who are critical to the global success of the screen sector.

We are funded by industry contributions to our Skills Funds, with National Lottery funds awarded by the BFI as part of its Future Film Skills strategy to help people get into the industry and progress within it and by Arts Council England.

Creative Wales is a new agency set up within Welsh Government. Its mission is to drive growth across the creative industries, build on existing success and develop new talent and skills – positioning Wales as one of the best places for creative businesses to thrive, offering a range of support schemes including business support, production funding, access to Creative Europe, the commercial music industry and the digital sector.